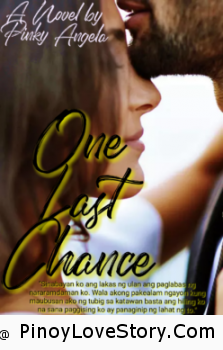 Geraldin Faye Alejandro is just a simple girl with a simple dream. A lovely and cute girl who become everyones attraction but she didn’t give attention since that she has someone give herself reservation. She didn’t mind that one of her girl bestfriend will steal her crush until she accept that he is not the right one for her.
She haven’t been in a relationship until she met her new friend Brent Walker who became her best friend and sometimes mysterious for 1 year. She knew that Brent had a feeling for her...

but she ignore it because for her, being bestfriends is more important than being lovers. She didn’t expect that waking up one morning gave her the realization that she’s in love with her bestfriend.
Is she ready to accept the love that Brent offers for her for a long time or they will remain bestfriends despite of their feeling attached for each other?
Is she ready about the truth behind Brent’s story about himself?
Is she ready to give him the one last chance after hiding all the truth happening in himself?
Leave a comment